What I did on my holidays, Part 1 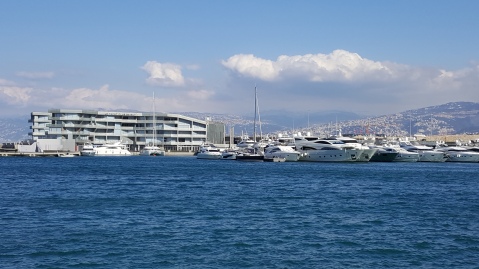 The Beirut Sailing Club. I didn’t stay there.

There is nothing more fulfilling than walking into the maws of a city you’ve not yet met and spending hours wandering through its gut.

Becoming completely lost on alien concrete is one of life’s greatest pleasures. In Beirut, that pleasure was realised with remarkable immediacy. Probably only 20 minutes after checking in to the “four-star” hotel.

I won’t tell you the name of the hotel for fear of ruining your wonderment should you choose it for its online charade. But I will say that whoever hands out those stars in Lebanon – if anyone – must be applauded for their unflagging generosity of spirit.

When I arrived, I inadvertently interrupted the concierge mid-gaga. “SABAH, SABAH, SABAH,” he yelled in capitals at an old fellow who seemed not to notice the raging beast he had awoken, as he shuffled off to a table with a crusty cup of Turkish and some uncommonly cheap-smelling cigarettes.

“He will kill me,” said Desk Daneesh. “He’s been asking me that question for three hours.” Either repetition was fatal to this gentleman, or he had a personal disagreement with the Arabic word for the number 7. Or old people.

When his attention finally returned to his reason for being behind a desk, and the focus slowly returned to his eyes, Daneesh pfaffed about for half an hour before producing a keycard to the sumptuous room I had seen on the online booking site. He also repeatedly told me of the spa and massages they provided “in the basement”. I’m sure it was all perfectly legit, but I kept looking for a wink and wanting a shower.

Deciding that discretion was the better part of survival, I went to my room. On opening the door, the first sight was the bathroom, which was generous. So generous was it that it gave its sink to the living room. Lovely to see how well the two areas got on.

The space provided for the khazi left me thankful that I had no penchant for razor-sharp earrings. My knees would have been in tatters. (But as luck would have it, it soon became obvious that sitting that way only made the task at hand easier).

The shower had no fungus.

The bed was comfortable and there were plenty of blankets to ward off the cold Levant nights.

It was 8.30pm, and I was hungry and still buzzing from my ill-planned travel itinerary that turned four hours of journey into 10. Off to the famed Al Hamra stretch for some welcoming bars and restaurants.

It was then I discovered why the taxi delivers you to what seemed to be the back of the hotel. The front road, on a steepish hill, could only have been 100 metres long. That was still enough for three security booms, manned by young blades with large guns and much, much smaller senses of humour.

After wandering around lost for more than two hours I finally found myself again within 20 minutes’ walk of my digs, at a place called TootBeirut, with a few local beers and a chicken shawarma plate that could have made 10 guards break into smile substitutes.

And after a contented belch and a cigarette, all seemed right with the world.

I even considered taking a doggy bag for the poor old bloke at the hotel. After all, sabah was a long time to wait for breakfast.

4 responses to “What I did on my holidays, Part 1”